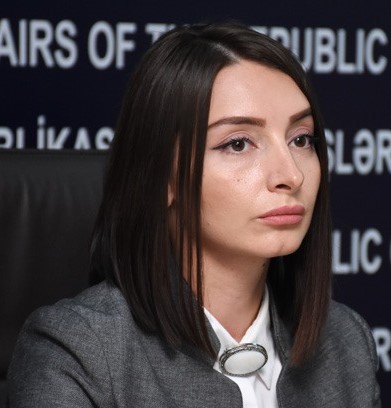 Recently, the videos have been spread on social networks demonstrating the continuation of the policy of illegal settlement by the aggressor state Armenia in the occupied Nagorno-Karabakh region and surrounding areas of Azerbaijan.

After the explosion in the Lebanese city of Beirut, the aggressor state Armenia, using the tragedy in this country for its own nefarious purposes, began to implement plans to resettle Lebanese Armenians to Nagorno-Karabakh and surrounding areas which are internationally recognized territories of Azerbaijan and currently under military occupation. This illegal activity is a gross violation of the norms and principles of international law by Armenia, including the Geneva Convention of 1949 and its additional protocols, as well as the obligations assumed by Armenia itself.

The purpose of Armenia, which pursues a policy of illegal settlement, is clear; In this way, the aggressor state is trying to strengthen the results of ethnic cleansing in the occupied territories, the status quo based on occupation.

Aggressor state Armenia, which is trying to artificially increase the number of Armenians here by illegally resettling the ethnic Armenians who have nothing to do with the region to the currently occupied lands of Azerbaijan, has been preventing the return of the Azerbaijani IDPs forcefully expelled from Nagorno-Karabakh and surrounding areas and whose human rights have been violated, to their homes and properties for nearly 30 years.

The Armenian leadership, which seeks to escalate tensions in the region and has recently openly demonstrated this with its provocative actions and statements, is undermining the negotiated settlement of the conflict with its policy of annexation.

The Foreign Ministry of Azerbaijan has raised its serious protest against the illegal settlement policy pursued by Armenia, in particular the resettlement of ethnic Armenians from Lebanon to the Nagorno-Karabakh region and surrounding areas of Azerbaijan, to the OSCE Minsk Group co-chairs and within the relevant international organizations.
The international community will be regularly informed about the illegal activities carried out in our occupied territories, including the illegal resettlement policy, and our efforts aimed at putting an end to this illegal practice will continue within international organizations.

We call on the international community to take practical steps to hold accountable the Armenian government, which keeps the Azerbaijani territories under occupation and carrying out illegal activities in these lands.